In New Hampshire campaign stops today, former Florida Gov. Jeb Bush added his voice to the national movement to overturn the Supreme Court’s Citizens United ruling, a victory for the anti-big money grassroots group NH Rebellion.  In an interview with CNN, later repeated at other events, Bush said “I would turn that [ruling] on its head if I could.”

NH Rebellion Executive Director Dan Weeks welcomed Bush’s shift, even after the former governor raised over $100 million in unlimited contributions to his affiliated Super PACs.  “I am glad Governor Bush has come to agree with the majority of Americans that Citizens United needs to be overturned to end the disgrace of unlimited Super PAC spending in campaigns,” Weeks said.  “Ironic though it is coming from the #1 beneficiary of Super PAC money, Bush’s evolution shows that voters in both parties are finally being heard when they say, overwhelmingly, that our current campaign finance system is corrupt.”

In addition to overturning Citizens United, Bush has called for complete disclosure of campaign donations and for eliminating the dollar-limit restrictions on contributions to candidates’ campaigns. 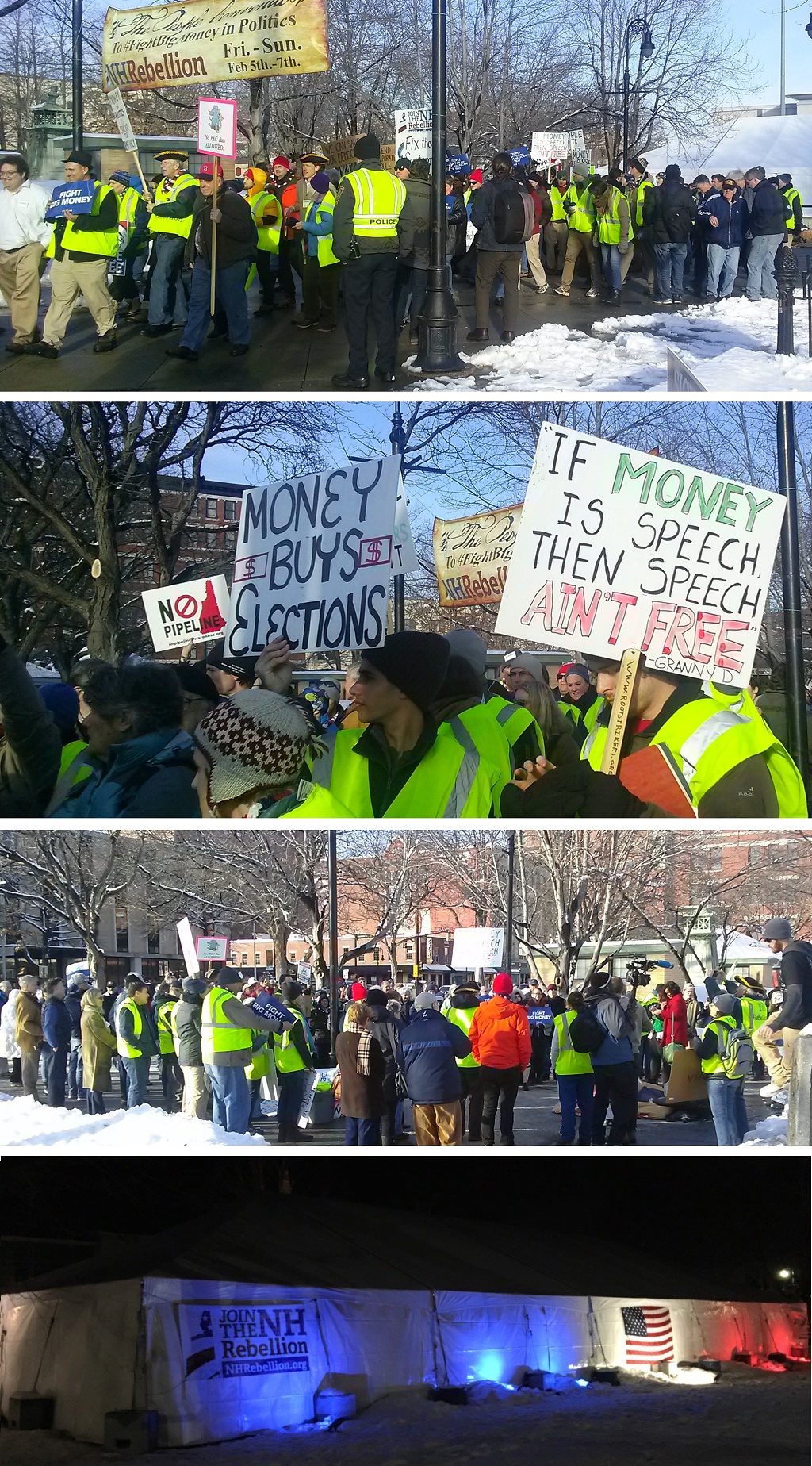 “Full transparency would certainly be better than the current system, which allows high-dollar political spenders to hide their identities through shady c4 organizations,” Weeks said. “But disclosure doesn’t fix the real problem:  Americans aren’t just angry that we don’t know who is buying our politicians, we’re angry that our politicians are being bought, period.”

Weeks noted that, during the course of the New Hampshire primary, several Republican and Democratic candidates have shifted their positions on campaign finance reform.  “There has been a lot of movement in the right direction, as candidates have seen thousands of Granite Staters take to the streets as part of the NH Rebellion, and answered countless questions in diners and town halls,” he said. “Last month, we issued a preliminary candidates scorecard showing how far the candidates have come since we began the marches and birddogging, and it’s encouraging to see the continued movement since.”

Weeks noted that the leading GOP candidate in New Hampshire, Donald Trump, had already endorsed a ban on Super PACs and expressed support for small donor citizen-funded elections, although he had yet to release specifics. “Trump has been speaking about the problem since day one of his campaign – easy enough for a billionaire who doesn’t need outside support.  But just talking about the need for campaign finance reform isn’t enough.  Voters deserve to have some idea of how he plans to fix the system,” Weeks said.

Just yesterday, the NH Rebellion concluded its We the People Convention to #FightBigMoney bringing together over 700 activists from across the political spectrum to hear from issue experts, elected officials and celebrities including actor Sam Waterston, comedian Jimmy Tingle and best-selling author Marianne Williamson.  The Convention included presentations by conservative political consultant John Pudner and former Bush administration official Richard Painter, as well as remarks by GOP presidential candidate Gov. Jim Gilmore and surrogates for the Kasich, Trump, Clinton, and Sanders campaigns.

In the press release sent earlier today, Weeks predicted that the outcome of tomorrow’s First-in-the-Nation Presidential Primary will be driven largely by citizens’ concerns about campaign finance corruption and the candidates’ positions on the issue.