A Message from Larry Lessig

Two years ago on this day, we had just finished a 185-mile walk from Dixville Notch to Nashua - the inauguration of the New Hampshire Rebellion.  Since then, NH Rebels have walked thousands of miles and asked what feels like millions of presidential candidates how they will stop the billions of dollars corrupting our political system. 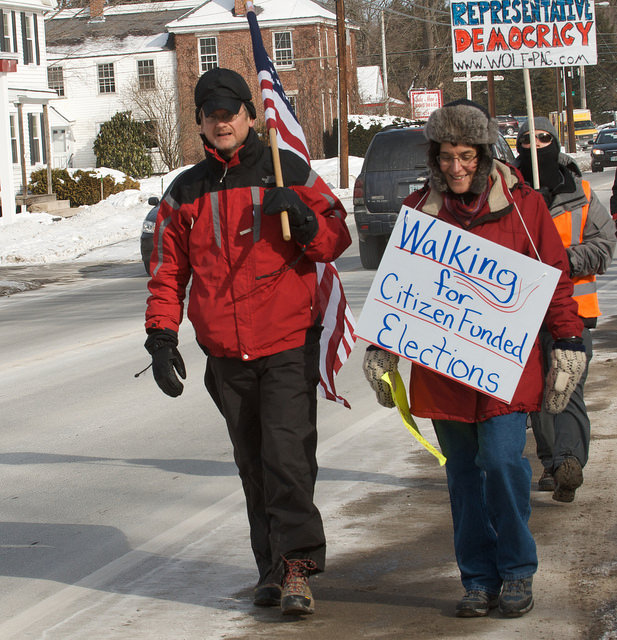 Now, with only two weeks until the New Hampshire Primary, I'm asking you to take two actions to make sure that this campaign is defined by what each candidate pledges to do to restore our democracy.

First, Change Politics is crowdsourcing questions for the candidates in the Democratic primary for President. I'm asking the follow-up to the question the NH Rebellion was founded on, "What will you do to end the corrupting influence of money in politics?"  Right now, that question is first in the poll, but I need you to go upvote it to make sure it gets asked to the candidates.

Second, please join me at the NH Rebellion's We the People Convention in downtown Manchester February 5-7.  These last few days before the primary are a crucial opportunity to put our issue at the center of the Presidential election.  I'll be there with authors, activists, and entertainers from both sides of the aisle including Sam Waterston, Marianne Williamson, John Pudner, Zephyr Teachout, and Jimmy Tingle.  Register now to join us, and help push the NH Rebellion through this critical final stretch.

See you there,
Lessig