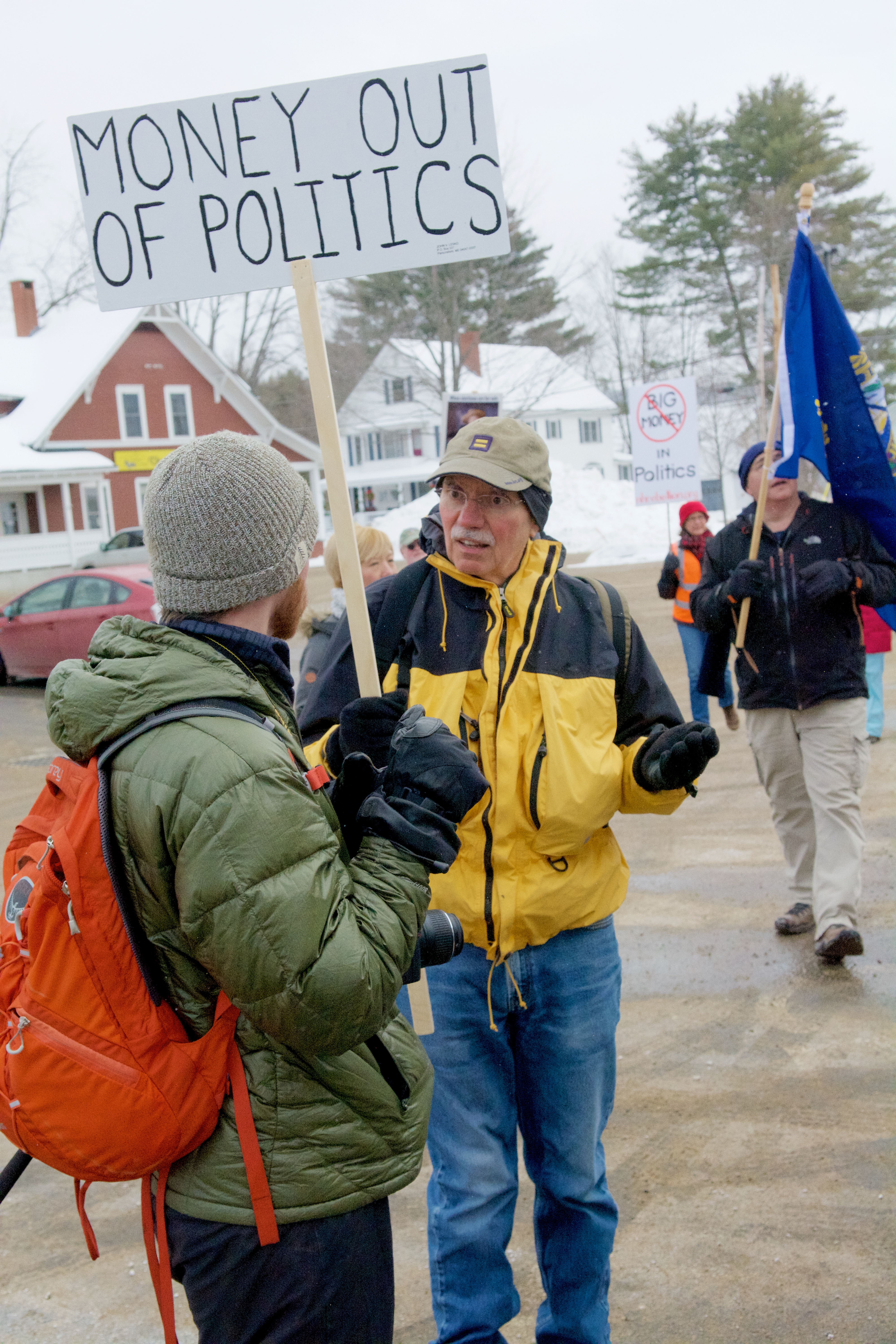 American government no longer works for the American people. Citizens of all stripes agree that Washington is incapable of addressing our nation’s most pressing problems because special interest money has infected the political process: the economy climate change, taxes, healthcare, education, poverty, the deficit and more. Ordinary people are paying the price for systemic corruption and declining democracy in Washington.

Congress has been captured by special interests. Corruption is written into the way campaigns are funded. Five years after Citizens United, private interests on both the Left and Right have invested billions of dollars in shaping the national debate and influence who gets elected.

Politicians spend the bulk of their time raising money from a wealthy few rather than raising money from the people they will represent. Meanwhile, the majority of Americans are effectively excluded from lobbying and political participation due to lack of funds.

The New Hampshire Rebellion (#NHRebellion) is a cross-partisan movement of citizens who are Walking the Talk to get big money out of politics — 30,000 miles and counting. We are motivated by one undeniable fact: American government no longer works for the American people because of the corrupting influence of special interest money in elections.

96% of citizens agree that money has too much influence in politics, yet 91% have little hope that it will change. Inspired by the Declaration of Independence and Article 10 of the NH Constitution, NH Rebellion is mobilizing the public and demanding presidential candidates to declare their independence from big money in politics by denouncing outside spending and committing to fundamental reforms.

Our team and 15,000 grassroots activists are building the base for reform through mass-participation walks, candidate questioning, online organizing, and public presentations in town halls, churches, colleges, libraries, rotary clubs, and homes throughout the state. NH Rebellion is part of Open Democracy, the NH nonpartisan nonprofit founded by legendary reformer Doris “Granny D” Haddock.

To read more about our Plan to fight big money politics during the 2016 elections, click here.