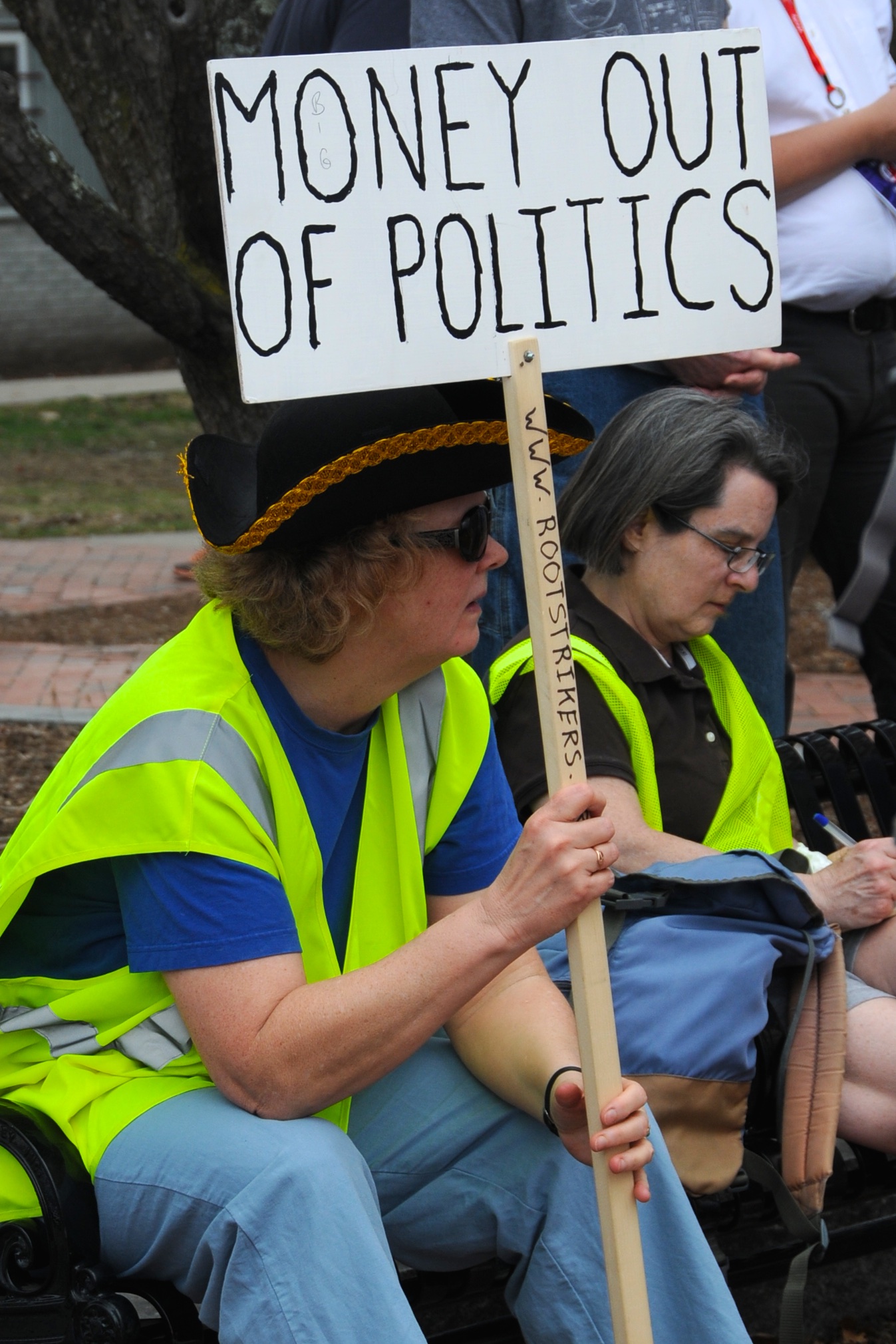 Like any major foe, big money politics won't be defeated overnight. Nor will the "Washington way" of doing things be enough.

We've made our trips to Capitol Hill to knock on the doors of our Senators and Representatives and politely ask for campaign finance reform, and we've come away empty handed. The big money system works too well for those on the inside.

While good people continue the necessary work of lobbying for change in Washington, it's clear that real change can only start outside the corridors of power. We've decided it's time to take to the streets as patriotic American rebels who demand – demand! –the President and Congress make stopping big money politics their priority.

Join us as we…