April 2016: The Rebellion goes to Washington

For two winters now, we've walked hundreds of miles through ice and snow across New Hampshire to protest the corrupting influence of big money in politics. Although the arctic action ain't over, as our We the People Convention on February 5-7 will show, we're already seeing signs of a democracy spring reaching far beyond the Granite State… 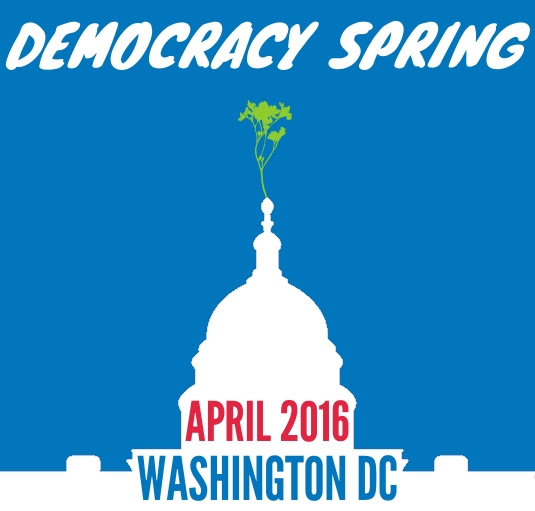 This April, a band of NH Rebels and thousands more patriots from across the country will take the walk for democracy to the next level. Departing from the Liberty Bell in Philadelphia, the ten-day march will go all the way to Washington, DC, arriving on Capitol Hill for the biggest act of civil disobedience in a generation.

Will you join the nearly 1,500 rebels who have pledged to make history by walking from Philly to DC and protesting on Capitol Hill?

We can't think of a more pressing time for the Rebellion against big money politics to reach Washington. If the status quo is left unchanged, this election could give us a Congress more beholden to Wall Street, K Street, Big Oil, Big Pharma, and other special interests than ever before. Our people and planet simply can't afford to let that happen. That's why we're so excited that Avaaz, 99Rise, and a growing coalition of national groups who have walked with the NH Rebellion are leading the charge to take our movement right to Capitol Hill.

Click here to pledge your support for the Democracy Spring!

When the presidential election goes national after the New Hampshire Primary on February 9th, it is imperative that our Rebellion against big money goes national too. Let's walk the talk together all the way to Washington, DC!

PS. In case you missed last week's big announcement, be sure to pre-register for our We the People Convention to #FightBigMoney in Manchester, NH on February 5-7. And join our "long walk" to the Primary as we take the We the People pledge into towns across NH and march to the Manchester Democratic debate this Saturday!