Please join us for great food, great people and inspiring conversation about local democracy activism and hope to change our system. 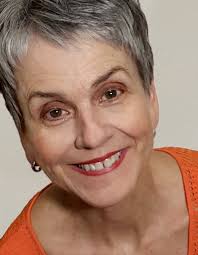 Frances Moore Lappé is the author or co-author of 18 books about world hunger, living democracy, and the environment. Beginning with the three-million copy Diet for a Small Planet in 1971, her books include Democracy’s Edge, Getting a Grip (in two editions), EcoMind, and, most recently, World Hunger: 10 Myths. The Smithsonian’s National Museum of American History in Wa

shington, D.C., describes Diet for a Small Planet as “one of the most influential political tracts of the times." In 2008, it was sele

cted as one of 75 Books by Women Whose Words Have Changed the World by members of the Women's National Book Association. Frances was also named by Gourmet Magazine as one of 25 people (including Thomas Jefferson, Upton Sinclair, and J

ulia Child), whose work has changed the way America eats. Her books have been translated into 15 languages and are used widely in university courses.

She will unveil her brand new "Field Guide to the Money out of Politics Movement" which features Open Democracy and NH Rebellion.

Cash bar is available at 5 pm.  Buffet style dinner, which will source as much locally as possible, will be served at 5:30.