You may have to fight a battle more than once to win it." - Margaret Thatcher

Despite our efforts last week, we didn't win the Executive Administration committee SB136 vote last week in the NH House. Representatives voted 7-3 voted to kill the bill with an "interim study" recommendation. But there's still hope in January as the bill reaches the NH House floor.

THIS WEEK'S ACTION:
Get Sunday Show & Upcoming Debate Moderators to Ask The Question

None of debates so far have specifically asked candidates about ending Big Money politics. You can help change that! Your REBEL ACTION this week requests the network Sunday hosts, and upcoming Democratic and Republican debates moderators, to ask what specific reforms candidates will put forward to overturn Citizens United, stop the revolving door, block pay-to-play, and end Big Money politics!

Facebook Users: There are two things to do: 1) Go to the Facebook pages below. Some will allow you to post (after Liking the page). Some pages don't allow direct posts, but allow comments on other posts. Please find a post about a candidate or debate, and use the comment field to ask in your own words, if possible. 2) Go to the Facebook pages below. Using the Message button (top banner, lower right on some pages) send a message to the show staff.

Here's an example, but we encourage you to use your own words:
"A Bloomberg poll shows 82% of Republicans and 82% of Democrats want to see Citizens United overturned. (Name of Show or Host), please ask candidates what specific reforms they will take to overturn Citizens United, stop the revolving door, block pay-to-play, and end Big Money politics!"
#FightBigMoney 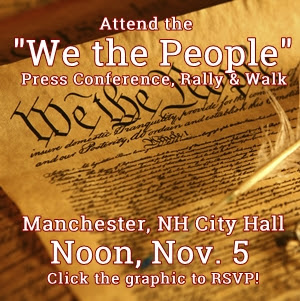 Good luck with your mission, Rebels! And thank you!