Over the course of the summer, we've had the privilege of working with a team of six smart, dedicated, talented young people through our Democracy Fellowship program, in partnership with the Foundation for Civic Leadership and Democracy Matters.  You may have seen them at walks, fairs, or other events, but here's your chance to get to know them!  First up, Colin: 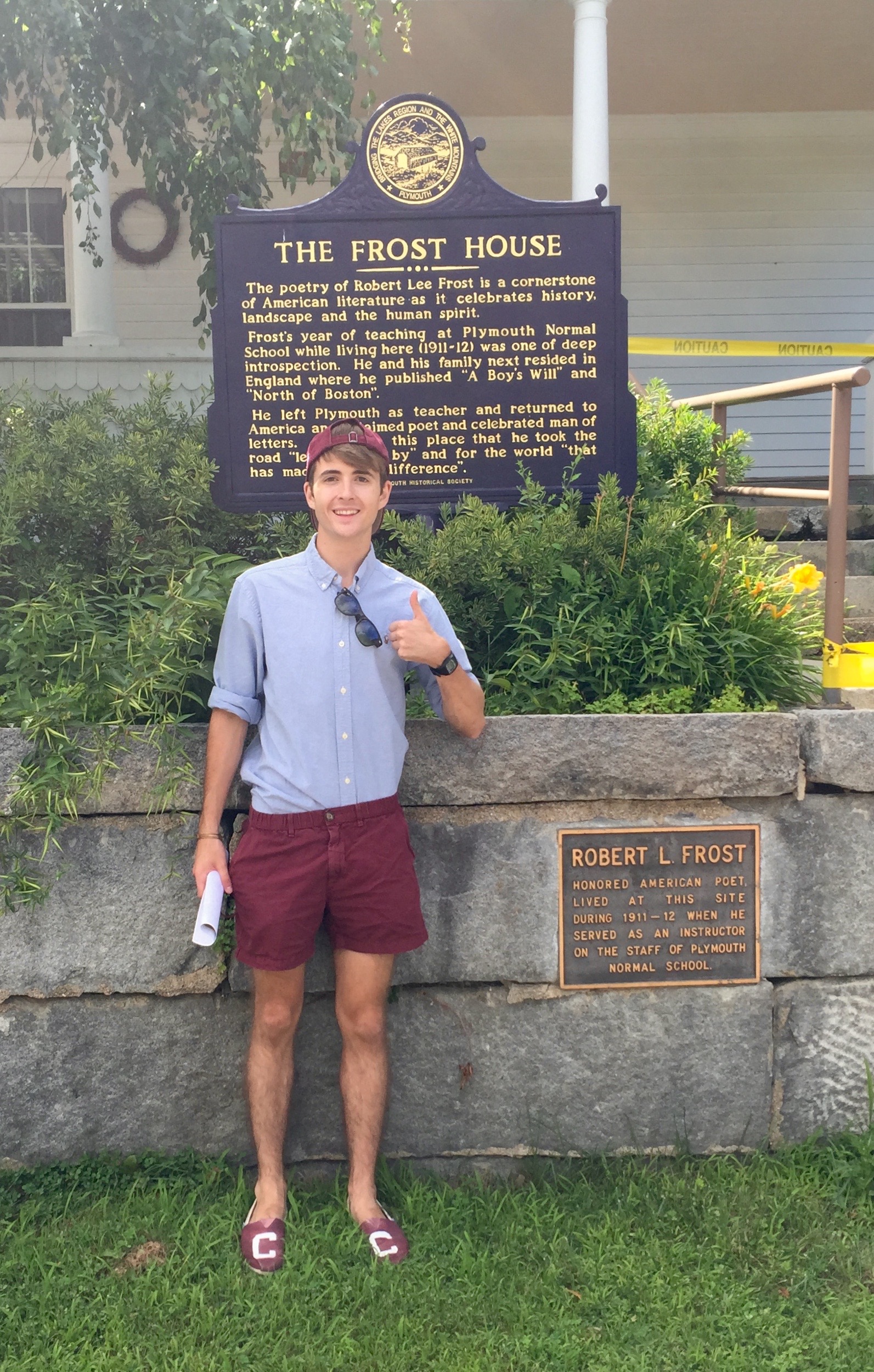 Hi! My name is Colin McCarty, and I have the same birthday as Robert Frost. According to my driver’s license, I live in Erie, Pennsylvania, but if you were to check my voter registration, you’d see that I live in Hamilton, New York. In Hamilton, I attend Colgate University where I major in political science and minor in economics. In my spare time, I love to travel, get brunch, and binge watch television series on Hulu.

I ended up at Open Democracy by accident. At Colgate, I joined a club called Democracy Matters thinking that their primary goal was increasing voter turnout among college students. I went to the first meeting and found out that the club was actually attempting to get big money out of politics. I left that first meeting with a new perspective on how our government can end up being misrepresentative because of officials’ loyalty to large donors, a topic that I hadn’t given much thought to in the past. The more I went over the literature given to me at the meeting, the more the idea of campaign finance reform made sense.

Here’s how my train of thought went: “People with lots of money (corporations, the kind of families that used to own plantations) have a lot of power in our current system of government because we do not have publicly financed elections. But, like, why should I pay taxes just so Joe Dunn can have money to go make flyers and go run for school board? I guess that elected officials are going to be loyal to those that elect them. I think that everyone can agree on that statement.

When elections are privately financed, officials are loyal to their fundraiser donors because the donor’s money paid for flyers and the flyers helped get him elected. If campaigns are publicly financed, the candidate’s funds will come from tax dollars, and the elected official will answer to the voter. From there, a lot of other issues will probably get cleared up or at least a wee bit less murky.” So, that revelation is what led me to work for Open Democracy here in New Hampshire. This being my first time in New Hampshire, I just have to say that no one here uses their turn signals, which I use to justify my speeding, so thanks!