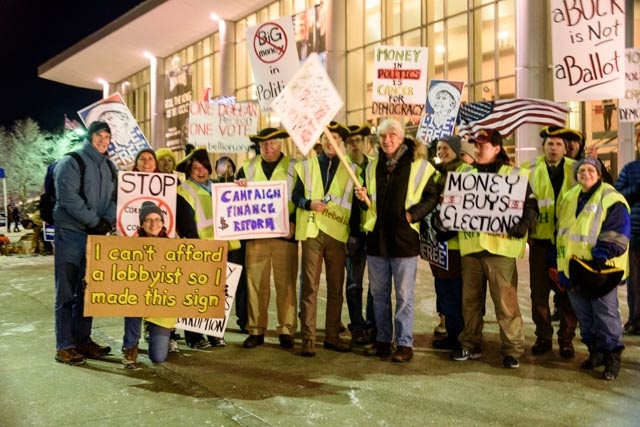 NH Rebellion Executive Director Dan Weeks predicts that the outcome of tomorrow’s First-in-the-Nation Presidential Primary will be driven largely by citizens’ concerns about campaign finance corruption and the candidates’ responses, as revealed by a new Candidates Scorecard just released by the #FightBigMoney coalition of state and national reform groups. The groups include NH Rebellion’s parent organization, Open Democracy, founded by the legendary "Granny D."

All five campaigns attended or sent surrogates to NH Rebellion’s We the People Convention in Veterans Park this past weekend.

A new poll of Iowa caucus-goers showed that campaign finance was one of the top issues people used to decide which presidential candidate to support.  It was the single most important issue for one-quarter of Democratic caucus voters and among the top three issues for 64% of them.

“In 2014, New Hampshire voters were stunned by the impact of out-of-state special interest money being thrown at our elections.  All kinds of records were broken.  Total spending by campaigns and outside groups added up to more than $106 million – just here in New Hampshire – and it was one of the nastiest election seasons we have ever seen,” Weeks said.

“Going into this primary, we were expecting to see a similar level of spending,” he said. “But it looks like it’s actually going to be even worse.”

According to a recent Bloomberg analysis of political spending on broadcast advertising, by this point in 2012, $2 million had been spent in New Hampshire on broadcast advertising.  This election, it’s over $100 million – a fifty-fold increase over the last presidential primary, with a lot of that money coming from ‘outside spending’ groups that don’t have to disclose their donors.

“The money coming at New Hampshire feels like a fire hose.  They’ve spent more just on broadcast advertising than they spent on everything, during the 2014 elections,” Weeks said.  “All the phone calls, the mail, the advertisements, it’s just overwhelming – and it’s all because of the money that’s being poured into New Hampshire by special interests trying to influence our elections.  Granite State voters have every reason to be angry.  Our elections have been hijacked by special interest donors.”

“This is one issue that just about everybody agrees on, regardless of party affiliation,” he said.  “Poll after poll shows that voters agree – in overwhelming numbers – that we need to fix our campaign finance system.  The political establishment and some of the media haven’t focused on it yet, but this issue is driving many voters’ decisions.”

NH Rebellion just finished its We the People Convention in Manchester, which brought together hundreds of activists, experts and some well-known voices to talk about the subject.  “Best-selling author Marianne Williamson calls this ‘the greatest moral issue of our generation.’  Actor Sam Waterston says campaign finance is ‘central to the way democracy works.’  For three days, speaker after speaker – from both political parties – talked about this issue and this election as a turning point in American history,” Weeks said.  “We need to fix the problem, and get our country back to having a government ‘of the People’ rather than ‘of the political donors.’”

During the primary season, NH Rebellion members have attended hundreds of events asking each presidential candidate “What specific reforms will you advance to end the corrupting influence of money in politics?”  Candidates’ replies are available at www.QuestionR.us. 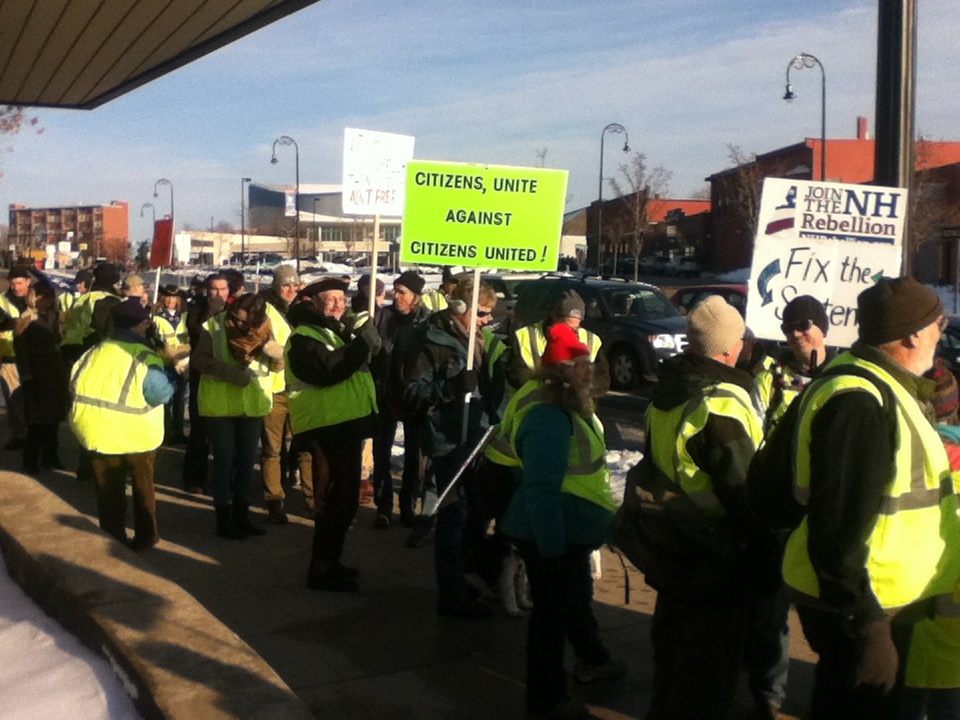 “This is an issue that’s important to almost everybody, but too many voters don’t know where the candidates actually stand on the different solutions,” Weeks said.  “When they walk into the voting booth tomorrow, we want voters to be able to make the best choice they can, based on real information about the candidates’ support for various types of reforms.”