Help make sure your warrant article passes by submitting a press release to your local papers.   You are welcome to customize this model with your local town and article number and send one week before town meeting.    Please look for "YOURTOWN" and substitute your town's name.

YOURTOWN - When state and local lawmakers aren't addressing a problem or issue, New Hampshire's state constitution provides for a "petitioned warrant article" for a town meeting warrant, in most cases by collecting 25 signatures from registered voters. Local YOURTOWN residents have used this option this year to bring the "We the People" Agenda to Fight Big Money, a resolution demanding that state and federal officials take action to change the big money politics witnessed in the recent NH Primary.

"Politicians no longer work for the voters, they work for the corporations, unions and special interests which influence them with campaign contributions to their campaigns or Super PACs," said Brian Beihl, deputy director of the NH Rebellion, a Concord-based campaign finance group.  "By passing this warrant article, YOURTOWN will be one of 100 towns to approve this or a similar resolution, almost half of New Hampshire towns,"  Beihl said.

Volunteers in YOURTOWN began collecting signatures in December and recently submitted the signatures for approval by the town clerk.  Signatures were collected on a sheet using the exact language which appears on the warrant article itself:

New Hampshire Resolution to Get Big Money Out of Politics
By petition of 25 or more eligible voters of the town of YOUR TOWN to see if the town will urge:
That the next President and Congress ﬁght big money politics and restore government of, by, and for the people by championing the We the People agenda:
1. Ban Super PACs and overturn Citizens United
2. Expose secret donors and require full transparency
3. Ban bribes from big-money lobbyists and government contractors

That the New Hampshire State Legislature support concrete legislation to enact the We the People agenda.
The record of the vote approving this article shall be transmitted by written notice from the selectmen to the NH congressional delegation and to YOURTOWN’s state legislators, and to the President of the United States informing them of the instructions from their constituents within 30 days of the vote.

Although the resolution is nonbinding, Beihl and the local volunteers hope that it's the volume of towns adopting the resolution which will begin to erode U.S. Congress and NH House opposition to reforms.

"For instance, 80% of Republicans and 83% of Democrats want to see the Supreme Court's Citizens United decision overturned.   The NH House had a chance a few weeks ago to do the people's will, but defeated a bill which would have created a committee -- just a committee -- to study how New Hampshire could work to fix that decision.   The people want to see change, so legislators need to get in front of this issue, or they will be left behind this fall's elections,"  he said.

Town meeting will be held at the PLACE at TIME on DATE. 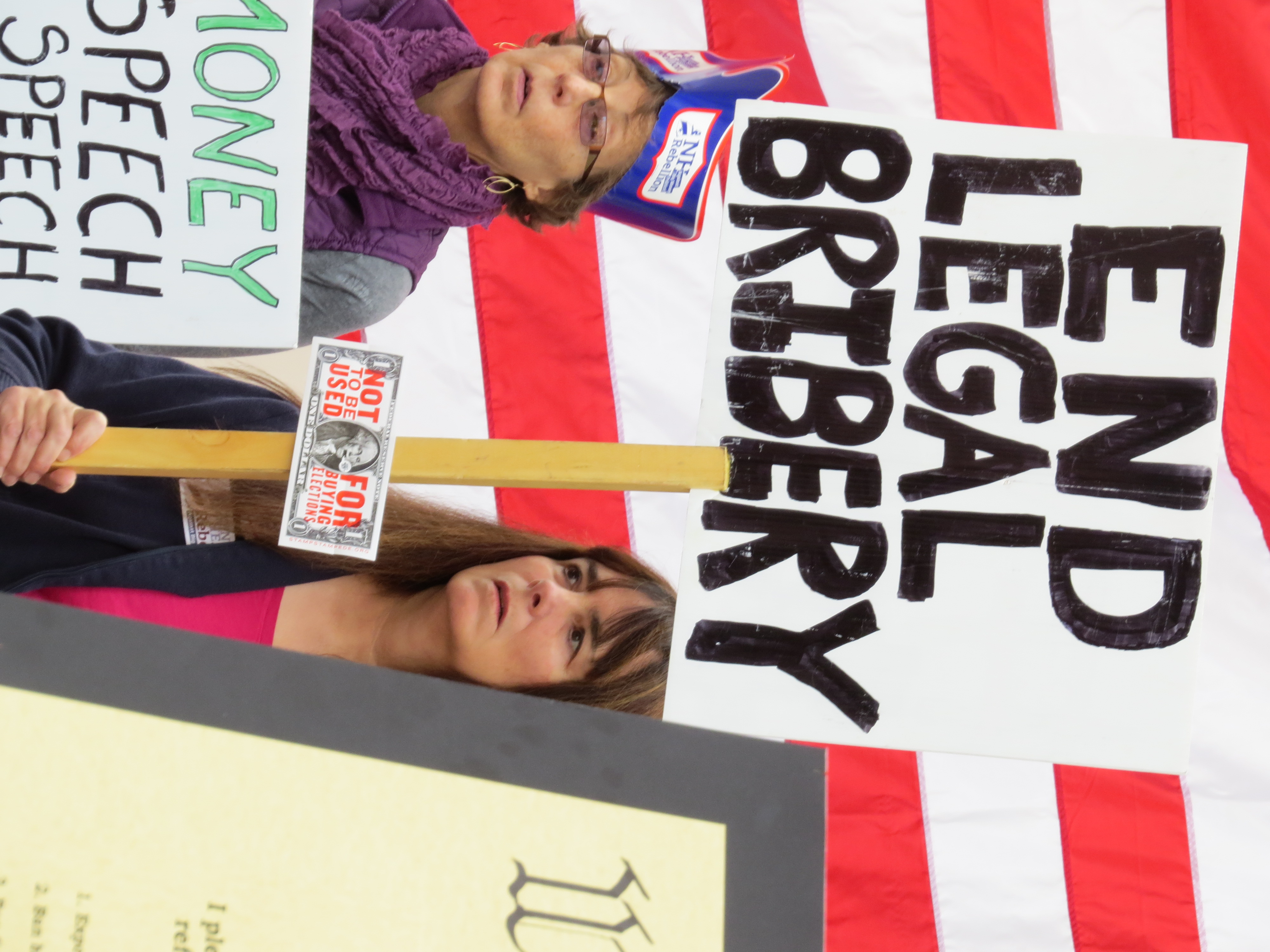