Working on the Hackathon

We're hard at work at the hackathon in San Francisco, and we've already come a long way towards developing the tools to empower individuals and groups to work to fight the First Issue of systemic corruption.

One tool we've placed high priority on developing is a way for New Hampshirites to be notified about campaign events, organize someone to ask the question: "What will you do to solve the system of corruption in Washington?" videotape that question - and the candidate's answer - and then publish the video online.  It's a big task, but an achievable one, and we've got some incredibly smart people working on it.

We're also working on some other projects, ranging from the mundane to the insane, and we'll have more information, including video from the event soon.  In the meantime, we've got some pictures from the Hackathon below. 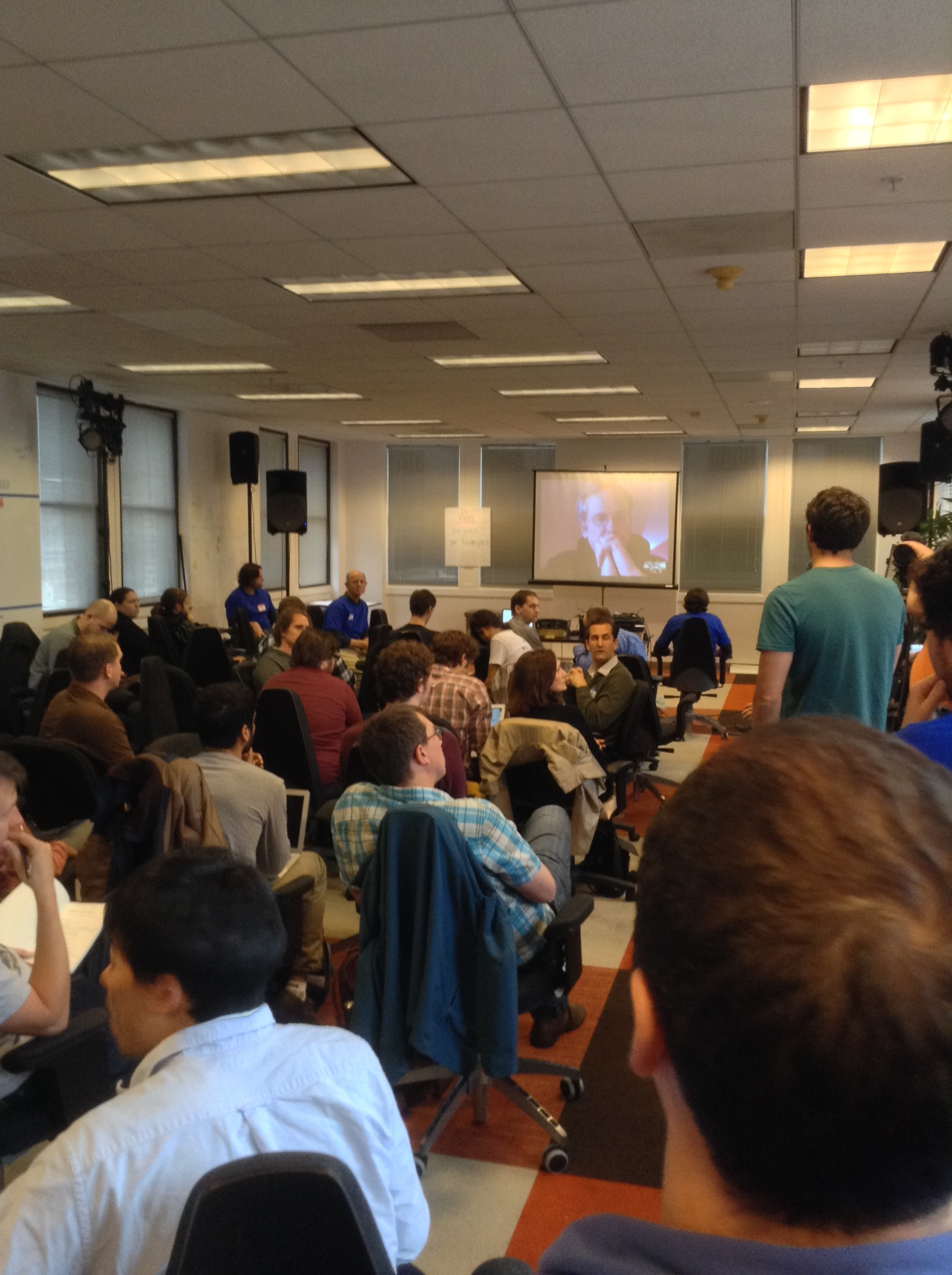 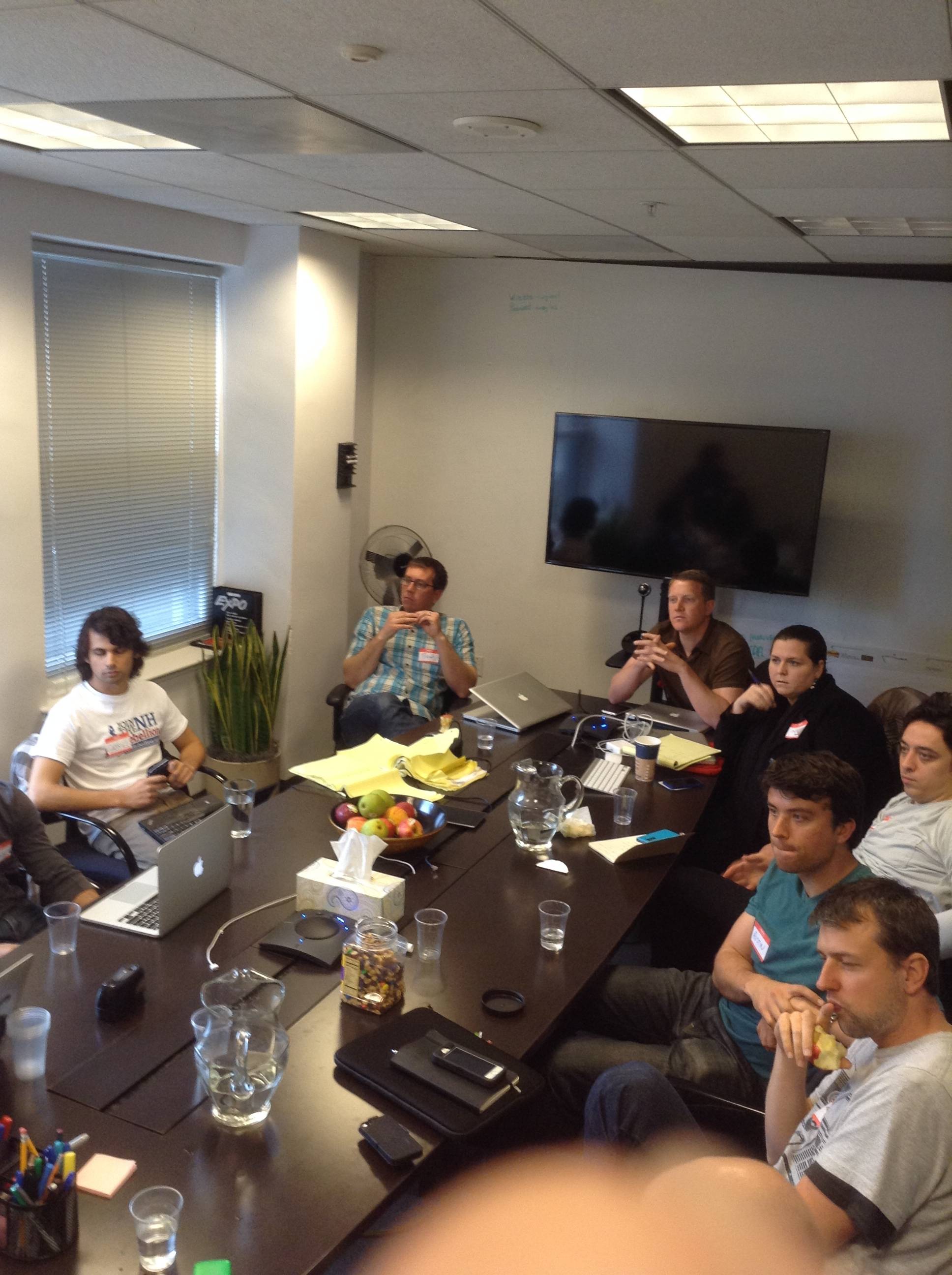 Gabriel Grant at the whiteboard during the Questionr planning session. 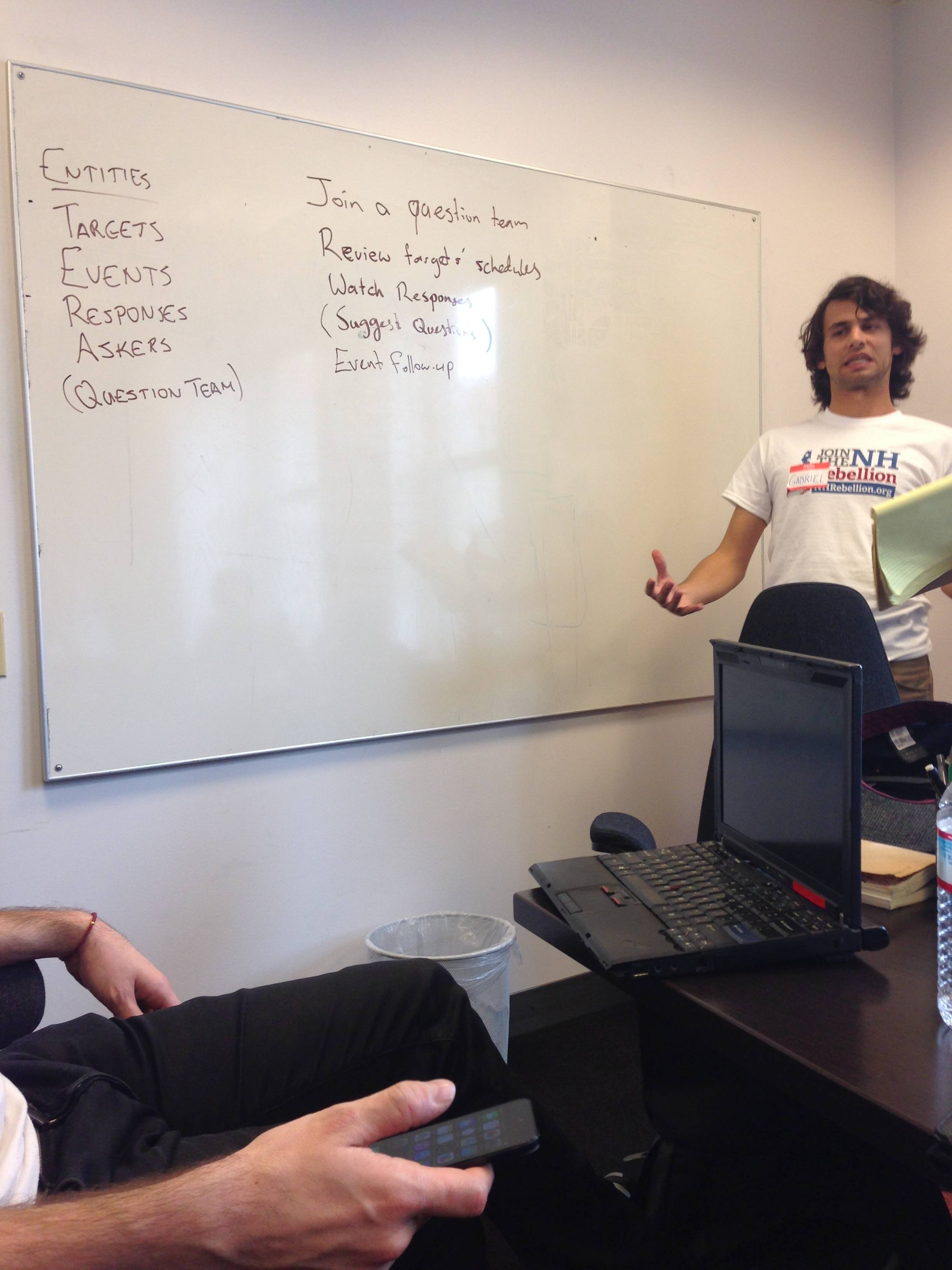