Former radio talk show host and political operative Brian Tilton joins NH Rebellion as Republican Outreach Coordinator & Media Relations Specialist.  As part of its efforts to make big money in politics the number one issue of the 2016 presidential campaign, NH Rebellion is actively reaching out to both Republicans and Democrats to promote cross-partisan solutions to the problem of big money corruption. 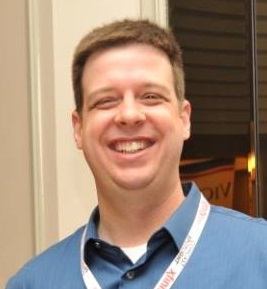 “We are thrilled to have Brian join our team to strengthen our bipartisan coalition and assist with media relations,” says Dan Weeks, Executive Director of Open Democracy, parent organization of NH Rebellion.  “Brian brings nearly two decades of diverse media experience and solid relations with many factions of the Republican base.  By educating and engaging both conservative and progressive activists in our cause, we will make our electoral and legislative process more open, transparent and fair to the ordinary citizens who demand it.  With very low voter turnout and roughly 0.5% of New Hampshire’s population providing a majority of all state campaign contributions, this issue reaches equally across party lines.  We expect those running for office to offer solutions,” Weeks said.

In accepting the position, Tilton states: “For the past few years, I have become increasingly concerned about the big money corruption of our political process.  The majority of voters stay home on Election Day because they feel they have no voice.  I have seen a number of people forgo the opportunity to run for office because they can’t compete against the big money machine of special interests.  This issue matters because the influence of big money spending in election and lobbying does affect public policy.  With so many Republican presidential candidates, there is a great opportunity for them to bring forward solutions and restore integrity to the system.  I look forward to helping make this the number one issue in the 2016 presidential campaign.”

Tilton recently served as Communications Director for the Jim Rubens for U.S. Senate campaign in 2014.  From 2008-2014, Tilton hosted the popular radio talk show "Bulldog Live!" on WTPL Radio in Concord focusing on a wide variety of local and national issues.  Prior to moving to New Hampshirein 2006, Tilton produced Maryland's highest-rated talk show at WBAL Radio in Baltimore, "The Ron Smith Show", where he was part of a team that earned one of the most prestigious awards in the industry, the National Headliner Award for investigative journalism.  Tilton also worked as a news reporter and anchor in Connecticut.  He resides in Hooksett with his wife and two children.