The New Hampshire Primary is upon us! NH Rebellion invites you to attend the first-ever We the People Convention to #FightBigMoney on February 5-7 at "political ground zero" in Manchester, NH. Come hear presidential candidates, meet actors and activists, enjoy food and entertainment, and declare independence from big money politics, all in a massive heated tent. 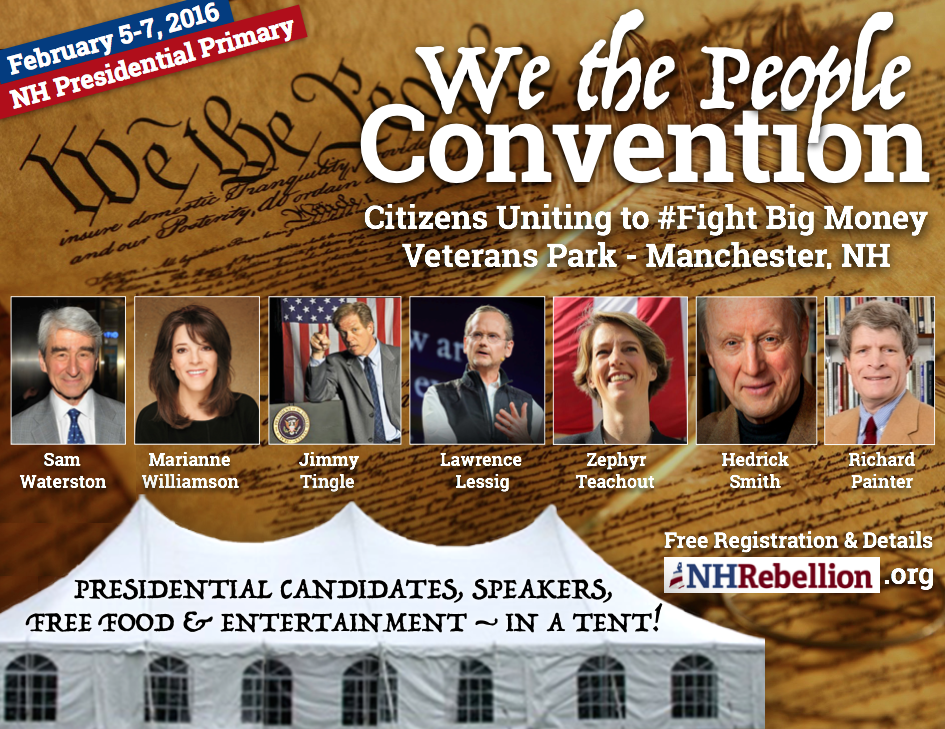 The cross-partisan Convention is free and open to the public and will feature multiple presidential candidates, grassroots actions, trainings, and nationally-known speakers and entertainers, including:

Join us for this historic event just before the First-in-the-Nation Presidential Primary and send a message to the country that We the People demand the next president take action to #FightBigMoney on day one. Tickets are complimentary but space is limited, so book your ticket blocks today for Friday, Saturday, and Sunday, February 5-7 in Manchester, NH.